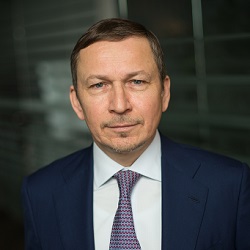 In his practice, Mr. Udovychenko paid considerable attention to the issues of bankruptcy and financial restructuring, further becoming a recognized expert in this field.

For his successful career, Mr. Udovychenko was awarded the title of the Honored Lawyer of Ukraine, Order for Courage of the III grade and “Defender of the Motherland” Medal, as well as many departmental awards.

At ADER HABER Oleksandr Udovychenko will deal with bankruptcy and financial restructuring matters.